RWA in San Antonio Texas, July 23-27...Please come join us at the "Readers for Life" Literacy Event at the Marriott Rivercenter ...Free entrance to readers! Come meet authors and buy some signed books. All proceeds to benefit Literacy. (Yes, the great Nora Roberts, here with a fan, will be signing her books!) 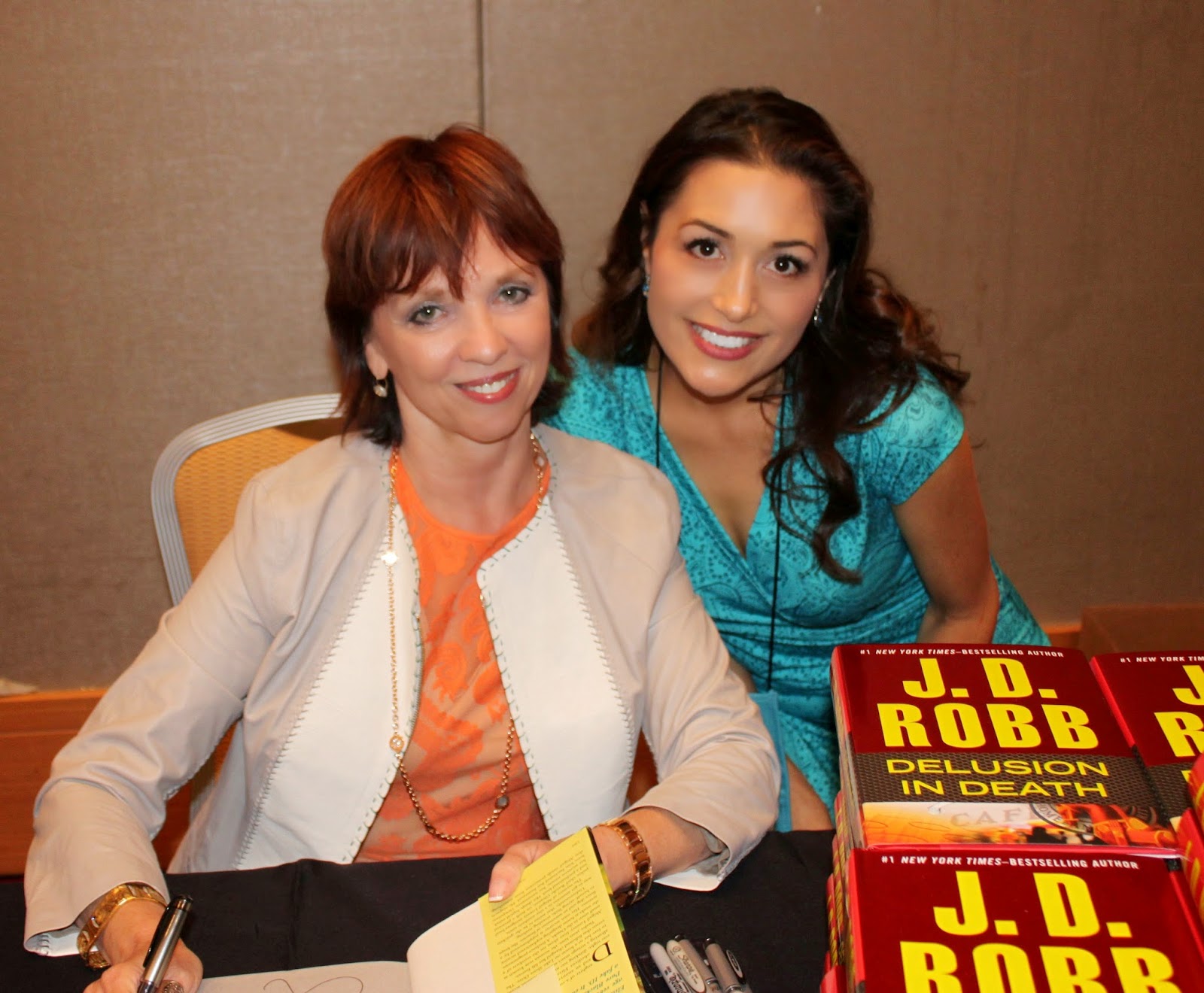 In honor of the ghost of RWA past, here's a blog I did about one of the more embarrassing things ever to happen to Emelle Gamble! Leave a comment below about something embarrassing that happened to you, and you could WIN a FREE signed book and $25 gift card!


What not to do at RWA in San Antonio?

Do NOT spill 10 pounds of shrimp on your shoes at Nora Robert’s party. 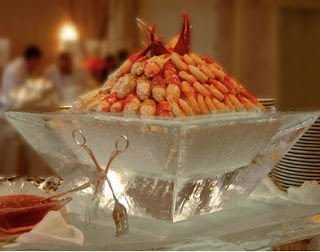 I’m sure you are nodding as you read the above, and thinking, “Well, what kind of dolt would do that?”
This dolt.
It was a few years ago, and Ms. Roberts had graciously invited her home chapter of RWA to join her and her many other guests for cocktail hour in her suite.
It was perfect…view out the windows glorious, delicious and varied spread of cheeses and dips and seafood, waiters with drinks on gleaming trays, fabulous clothes and sparkling party jewelry. The room was packed with well-known and much loved writers, very important editors, publicists and fans and fellow WRW members like me who were thrilled to mingle and have a couple of munchies and a fortifying drink before the Awards Ceremony.
I was nervous, as always, like most of us there, hoping to make an impression on those we wanted to do business with. I had my elevator pitch ready and my new high heels on and was keeping my eyes peeled for an editor I was dying to chat up. I decided I’d grab a drink, but realized sensibly it would be much smarter to first take a lovely little cocktail plate and grab a few bites. The line was forming, shoulder to shoulder hungry writers were starting to queue up, and I somehow, with a graceful step or three, managed to plant myself right in front of an amazing display of shrimp.
A gorgeous silver bowl of the plumpest, freshest, yummy little creatures sat on a table covered with  crushed ice, the enormous bowl tilted just so one could poke a toothpick in and spear one without any effort at all. Plate in one hand, toothpick in the other, I first spooned on a tablespoon of lovely red cocktail sauce, then speared a shrimp.
I plopped it on the plate and frowned, not sure but wondering, did the  silver bowl gently, oh so freaking gently, begin to turn on its bed of ice? I thought it might have, no more than a degree clockwise, if I remember right. The room was warm, the ice was melting just a bit, but no problem. Surely.
I speared a second shrimp. When I picked the thing up from the mountain where it perched with a thousand of it’s lovely pink  buddies, disaster.
Like card 101 in a design that could only ever balance 100, the silver bowl of shrimp moved again. Wildly. The thing took a full, dizzying ninety-degree spin, and one second later tipped forward and spilled at least half its content onto the table, onto the table cloth, onto the floor of Ms. Nora Robert’s suite.
And onto my totally shocked and humiliated feet. 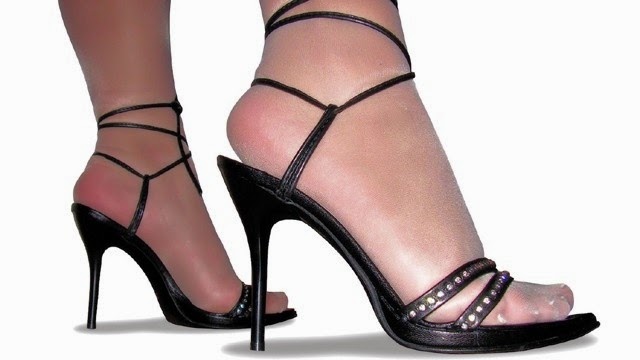 Especially if the sneaky devils are in a bowl on an ice display, intent on proving Al Gore is totally right about Global Warming.
Posted by Unknown at 4:14 AM