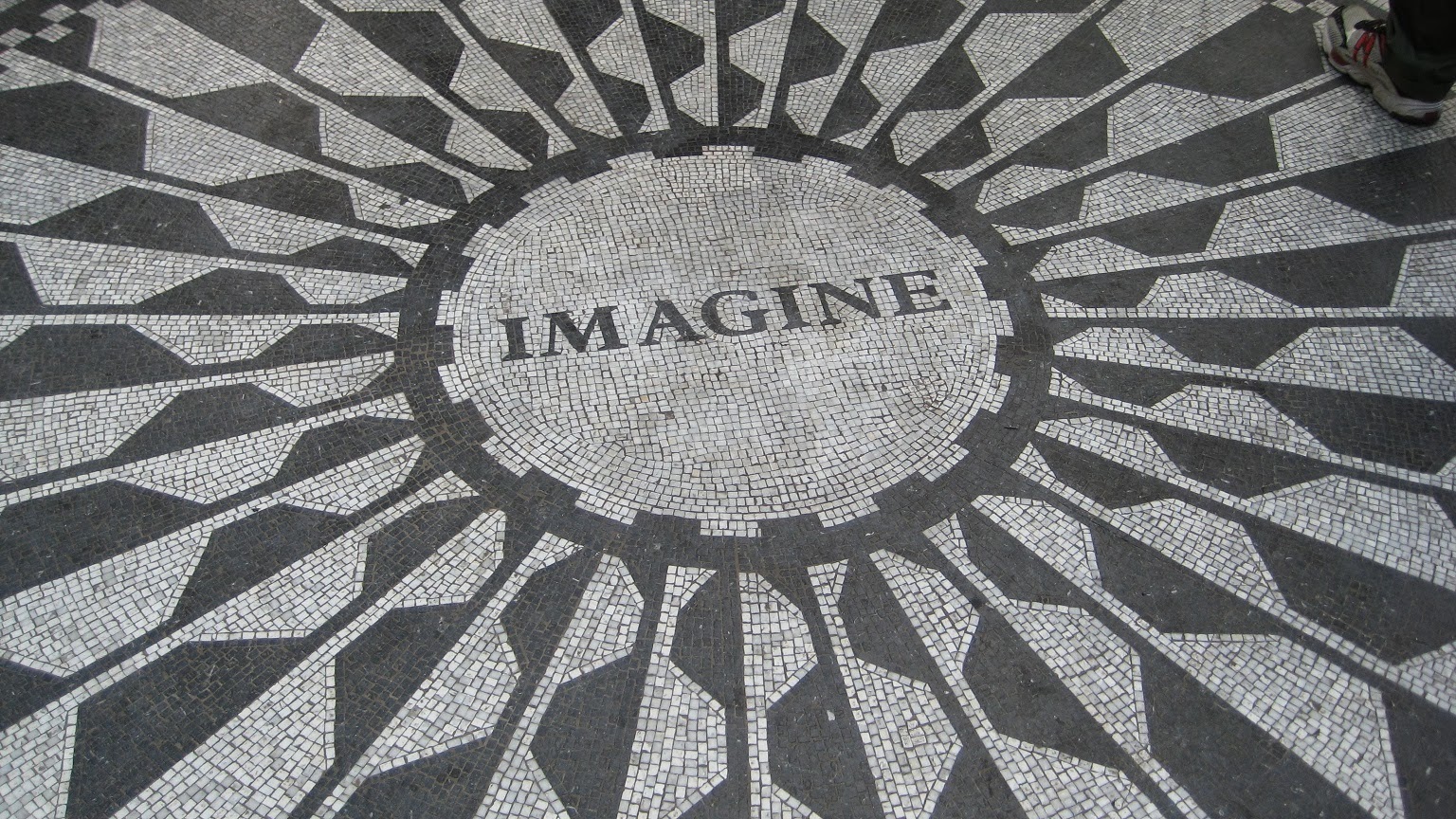 “How do you get those ideas?”

It’s a question all authors get, and for good reason. The plots we come up with do seem off-the-wall to normal humans who spend their days realistically interpreting images they see for what they are, engaged with family and friends and jobs. Normal folks who do not get stopped in their tracks by an image that suddenly shouts, ‘what if?’

Normal people, who don’t write fiction for a living but instead use their imaginations reading books and watching TV shows and movies and willingly giving their creative minds over to enjoying the stories being told to them.

While others are doing these very marvelous things, reading and watching and enjoying, writers are doing something else. They’re stealing, from everyone and everything they see, and letting their imagination go wild as they come up with new scenarios and characters and questions, and then rush to answer all their own questions with a situation that could lead to their next great plot!

On the bus, a normal person might notice an older woman sitting by herself with a sad looking crinkled-up paper sack on her lap. They would smile and nod and look away, maybe pull out their cell phone and read their email.

But if you’re me, or most writers, you would immediately ask yourself,  ‘What’s inside that bag?’ Drugs? An iguana? Poisoned cookies for the woman’s cheating s.o.b. husband?

HA! See what I mean. Writers are always on the lookout for intrigue and a twist to reality.

We can’t help it. We want to rearrange the facts of life to make a better story.

It doesn’t happen every day, however. It comes when it comes, and for me, usually right out of the blue.

Hubby, ‘Phil-the-fist’, and I were recently in London, visiting beautiful daughter and her accommodating husband. We saw a million incredible sights…a roman amphitheatre found buried in 1988 under the City of London’s Guildhall, Shakespeare’s grave at Trinity Church in Stratford on Avon, the incredible, 500 year-old Bodleian Library at the University of Oxford…amazing, stupendous, sights to take one’s breath away. But I really didn’t have any of those whacko moments of creativity until I saw this. 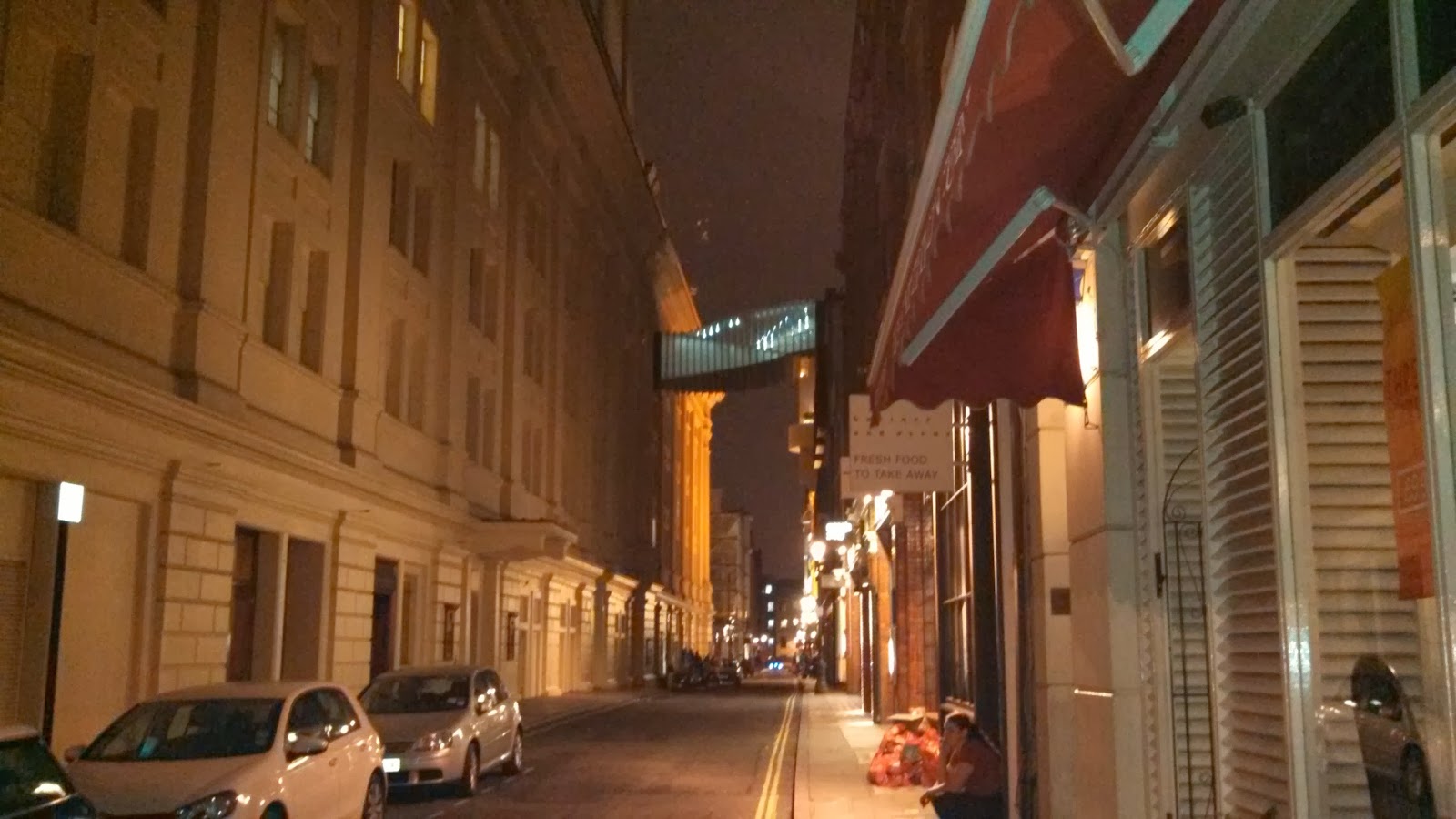 The four of us were walking around the London theater district, after an adventurous dinner at a Chinese restaurant (up 30 narrow stairs, down a hallway, sit here and enjoy!) when I paused and glanced down a small side street and stopped dead. “What is that? Oh my gosh, how magical? But what is it?” I demanded of my beloved trio.  One at a time they offered calm answers.

“It’s a connector bridge between the two buildings,” offered patient Jon. “It’s a pedestrian walkway,” said brilliant Olivia. “What are you talking about?” said hubby, who was as usual looking where I was pointing, which was not exactly where the bridge was. (I am very bad at pointing.)

Olivia and Jon were, of course, correct. But what they described wasn’t at all what my writer’s brain saw, or imagined in a nanosecond of contemplation.

It was a magical portal to the future! It was a highway to heaven! It was Harry Potter’s back door, or the Star Trek Enterprise’s docking station, or or or….

You get the picture.

Now, three months later, I’ve got two solid ideas for books built around what that glowing, exotic, totally brilliant little architectural detail could be. I’m not ready to share either of them  yet. But I am sure one day I will.

Until then, I’ll share another photo from London that didn’t inspire a book, but we all shared a few nervous, double entendre chuckles over. This writer and the non-writers all agreed it is a great way to finish a blog post about images and imagination. 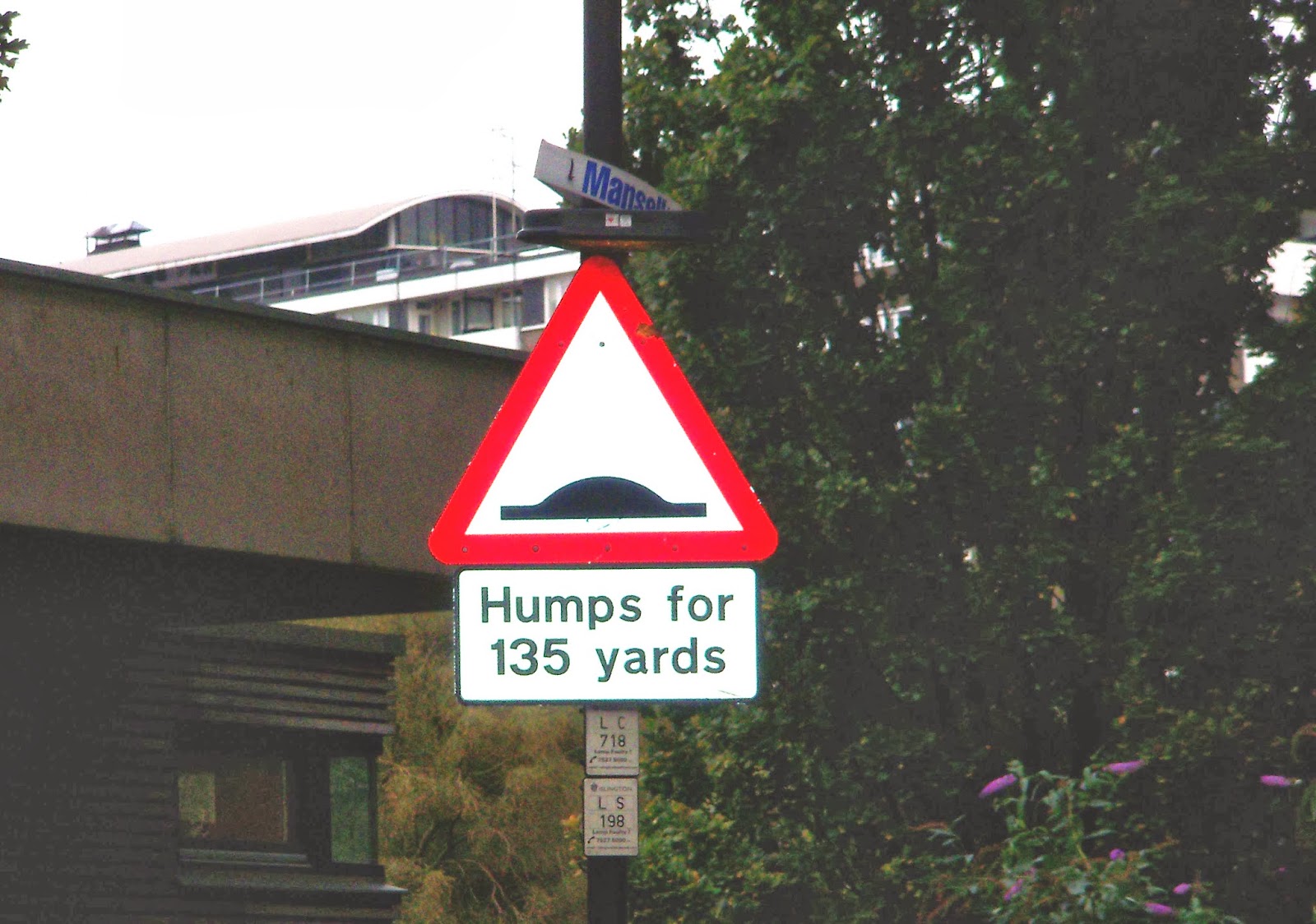 Originally published as guest blog at http://heasareus.blogspot.com/2013/12/author-guest-post-emelle-gamble.html
Posted by Unknown at 5:28 AM No comments: